KC drank juice offered by a sanitation worker 46-year-old Bikash Nepali to break his hunger strike on the 28th day at TU Teaching Hospital, Maharajgunj. Dr. KC will be now admitted to the ICU.

The agreement has been reached between Dr. KC and the coordinator of the government’s talk team, Secretary at the Ministry of Education, Gopi Mainali, late night.

The government and Dr. KC have agreed to run an MBBS program at Karnali Institute of Health Sciences from next year.

The government and Dr. KC have also agreed to expedite the opening of government medical colleges in Doti or Dadeldura, Udayapur, and Ilam or Panchthar, to expand PCR testing for COVID-19, and to provide a budget for free healthcare at Bayalpata Hospital, among others.

It may be noted that the government had on Wednesday formed a team to hold talks with Dr. KC. 11 July 2021, Kathmandu The president of Rotary club of Pashupati Salikram Adhikari has handed 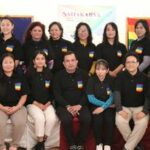 5 January 2021, Kathmandu There are limited number of people who have understood about the